The Saladworks concept was developed in 1986 when the first store opened in Cherry Hill Mall, Cherry Hill, NJ with the idea of providing fresh, made-to-order, entrée-sized salads as an alternative food offering for consumers on the go. Saladworks provided a meal that was healthy, quickly accessible and delicious.

Saladworks continually won over new fans with its fresh take on salads. The new hot concept meant an end to the days of chemical-coated tomatoes and brown-tinged lettuce. Salads were made to order, chopped on-location and assembled right in front of your eyes. Appetizing, imaginative salad offerings –served in substantial portions– proved to be a winning formula that took salads from a side dish to the center of the plate.

Saladworks grew locally and as the company experienced incredible consumer response, it became obvious that America was ready for a nationwide salad explosion. With the first franchise unit, Saladworks began its rapid ascent towards becoming the nation’s #1 salad franchise. By 2002, there were more than 30 locations, each attracting its own fans with this time-tested, winning formula.

Saladworks has continued to reach successful milestones. In 2013, the first of many international locations opened as Saladworks embarked upon creating fans on foreign soil in The United Arab Emirates.

In 2015, Saladworks was purchased by Private Equity Firm Centre Lane Partners who saw a brand at the cusp of explosive growth. With more than 100 locations across the globe, Saladworks is, more than ever, prepared to deliver the ultimate in health-conscious, fan-driven dining. With its trailblazing leadership and sensational, fresh salads, Saladworks’ future as the nation’s #1 salad franchise is a bright one.

Saladworks News and PublicationsDownload and View Our eBrochure

Interested in owning a Saladworks? We’d love to understand a little bit about you.  Click the “Inquire Now” triangle at the bottom of this page and complete the information form.

We’ll chat with you about the general qualification requirements, both financial and operational, your territory of interest and your development goals.  We’ll also walk through the process involved in owning a Saladworks restaurant.

After our phone call if you feel you want to learn more, we will send you the Saladworks Franchise Candidate Questionnaire and our Confidential Disclosure Document so that we can give you more detail about our brand. In addition to completing those forms, you can pre-qualify now: http://bqual.boefly.com/saladworks

Once your application has been submitted and is being processed for review by the approval committee, you will continue with your due diligence and research on the Saladworks Restaurant franchise.

Once we receive your completed questionnaire and confidential disclosure document, we will forward you our Franchise Disclosure Document (FDD) for review. This document explains the Saladworks restaurant franchise in detail and includes a generic copy of the franchise agreement that you would sign if you were to move forward.  You will review the FDD with a Saladworks Sales Team Member as a critical part of your due-diligence helping you make the best decision possible.

The final step in our approval process is the Discovery Day where we invite you to our headquarters in Conshohocken, PA. The Discovery Day meeting is a two-way qualification process and an opportunity for both parties to get to know one another. The day includes conversations and Q&A with the executive team, department heads and a tour of Saladworks restaurants in the area. We will discuss the pre and post opening support you will receive as a franchisee, available trade areas and next steps. Once you have been approved, your franchise agreements will be sent to you.

Schedule a real estate tour with our real estate department to identify the best location to start.

To learn more about Franchise opportunities with Saladworks,  click to fill out an Inquiry Form.

Do you have what it takes to be a Saladworks franchisee?

Franchising may not be for everyone, and that’s ok, but it can be the ideal situation for the right person. If you fit the above descriptions, chances are that you have the motivation and drive to be a successful Saladworks franchisee!

To learn more about Franchise opportunities with Saladworks,  click to fill out an Inquiry Form.

Our support systems is what sets us apart from the others.

Saladworks provides a four-week training and familiarization course covering all aspects of conducting business at Saladworks. This includes classroom training (Profit and Loss management, ServSafe® Certification) as well as in-store training for you and your management employees.

Franchising may not be for everyone, and that’s ok, but it can be the ideal situation for the right person. If you fit the above descriptions, chances are that you have the motivation and drive to be a successful Saladworks franchisee!

Our training and support programs are designed to set your business up for success. Training teaches you the fundamentals and allows you to become proficient in running a Saladworks restaurant. You will learn what qualities to look for in staff and management candidates and what to expect from them. You’ll also learn what Saladworks expects from you as an owner—and from your staff. Our 4-week training program is a hands-on curriculum covering all aspects of your business and includes:

Training is 2 weeks in Conshohocken, PA area which consists of classroom and in-store training and then 5-7 days of training in your store before & during your opening.

Once your initial training is complete you are ready to open more locations!

Minimum 25 parking spaces near the restaurant 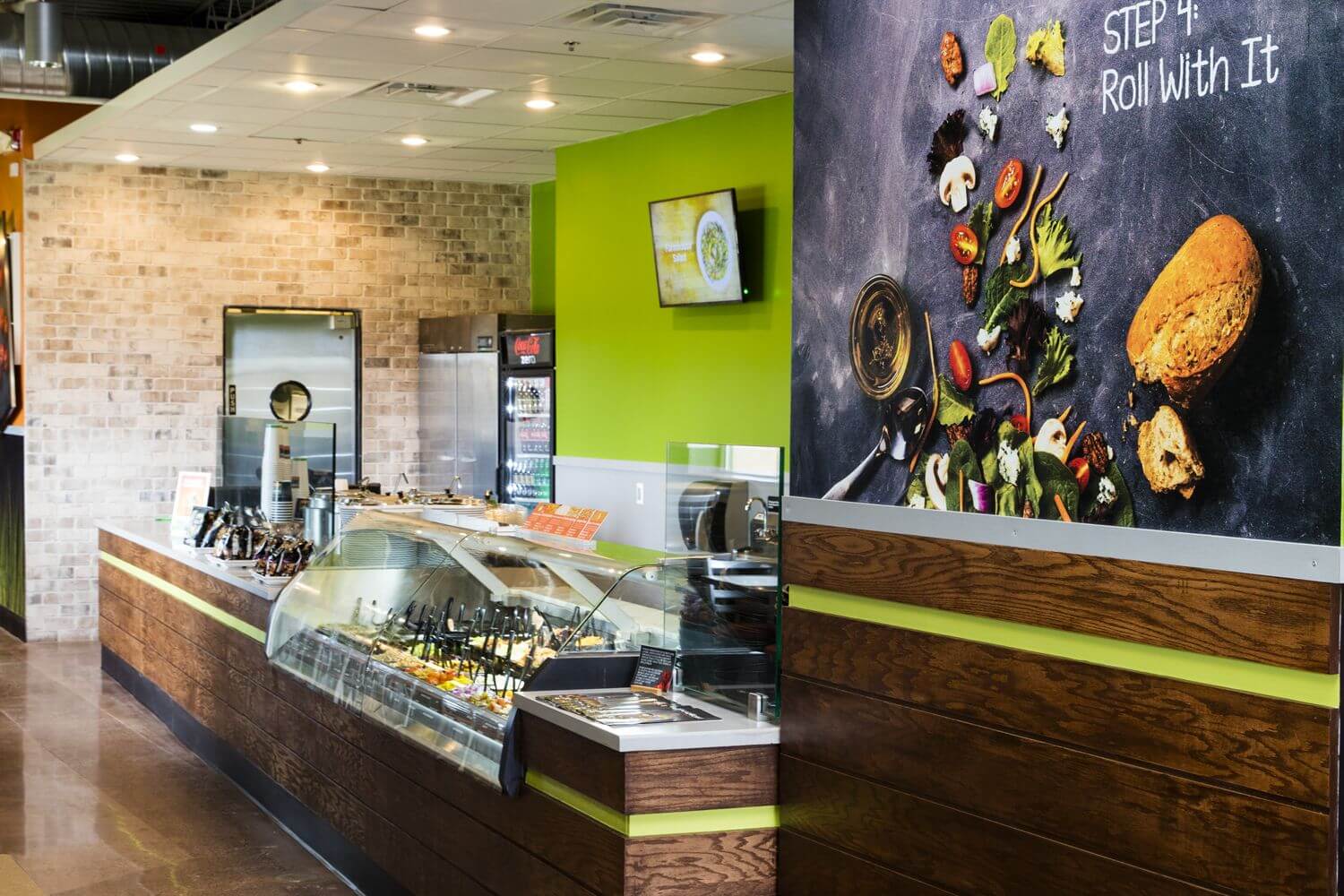 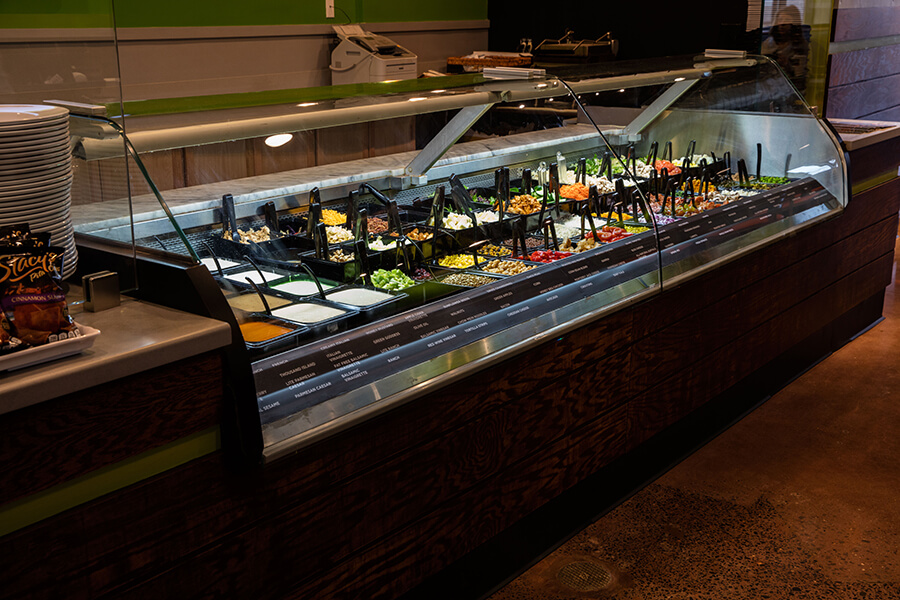 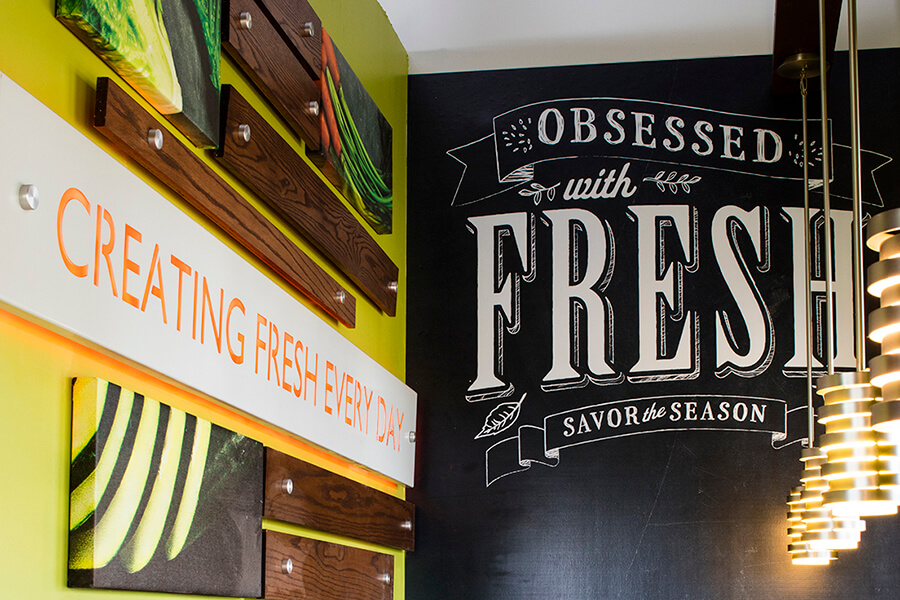 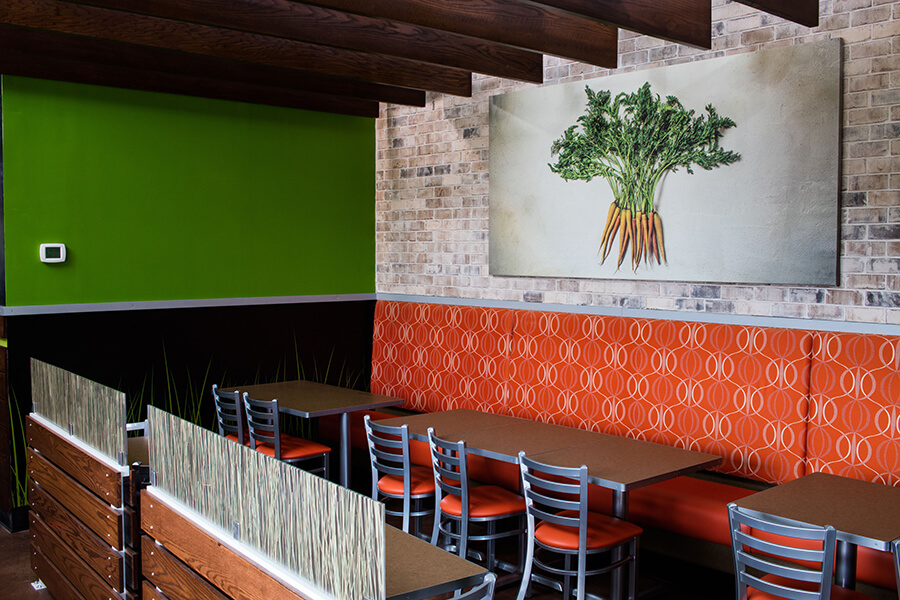 Your initial investment and the costs necessary to begin operating a single Saladworks restaurant could range from $210,607 – $534,084. Actual costs will vary for each restaurant depending on a number of factors, including market conditions and the geographic location of your restaurant, as well as the amount of construction work necessary for the site build out.

The initial franchise fee is $35,000 for a single restaurant. Single and multi-unit development is available.

Active duty military and veterans receive 50% off of the initial franchise fee.

The minimum financial requirements for a Saladworks Restaurant:

Full initial investment information with line item explanations, as well as the method and timing of payments can be found in Item 7 of the Saladworks Franchise Disclosure Document.

To learn more about Franchise opportunities with Saladworks click to fill out an Inquiry Form.

HAVE QUESTIONS? VIEW OUR FAQ’S

Fill out this form to get started!